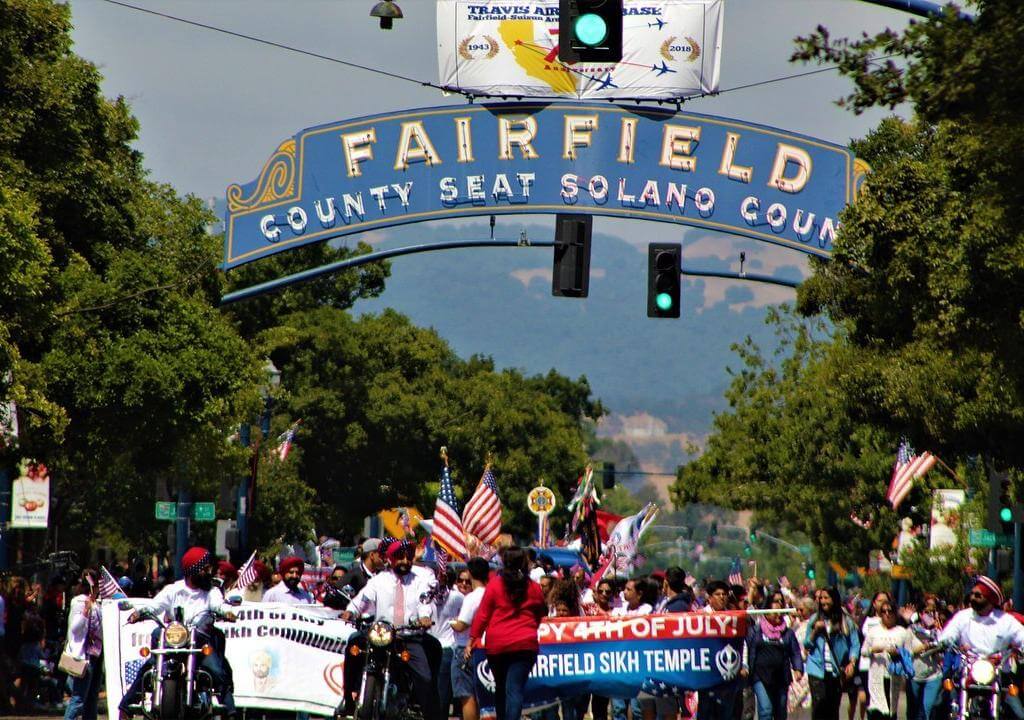 The 2019 Independence Day Parade, hosted by the Fairfield Main Street Association, will celebrate “True to the Red, White & Blue” July 4.

Several thousand people will line Texas Street, from Great Jones to Washington Streets, to enjoy the festivities. Free parking! The parade, sponsored by Jelly Belly and expected to last just over two hours, begins at 10 am and will include floats, horse units, autos, youth groups, and community organizations.

Awards and ribbons will be presented in 28 categories, with Sweepstakes Trophies for Best Use of Theme, and Grand Sweepstakes. 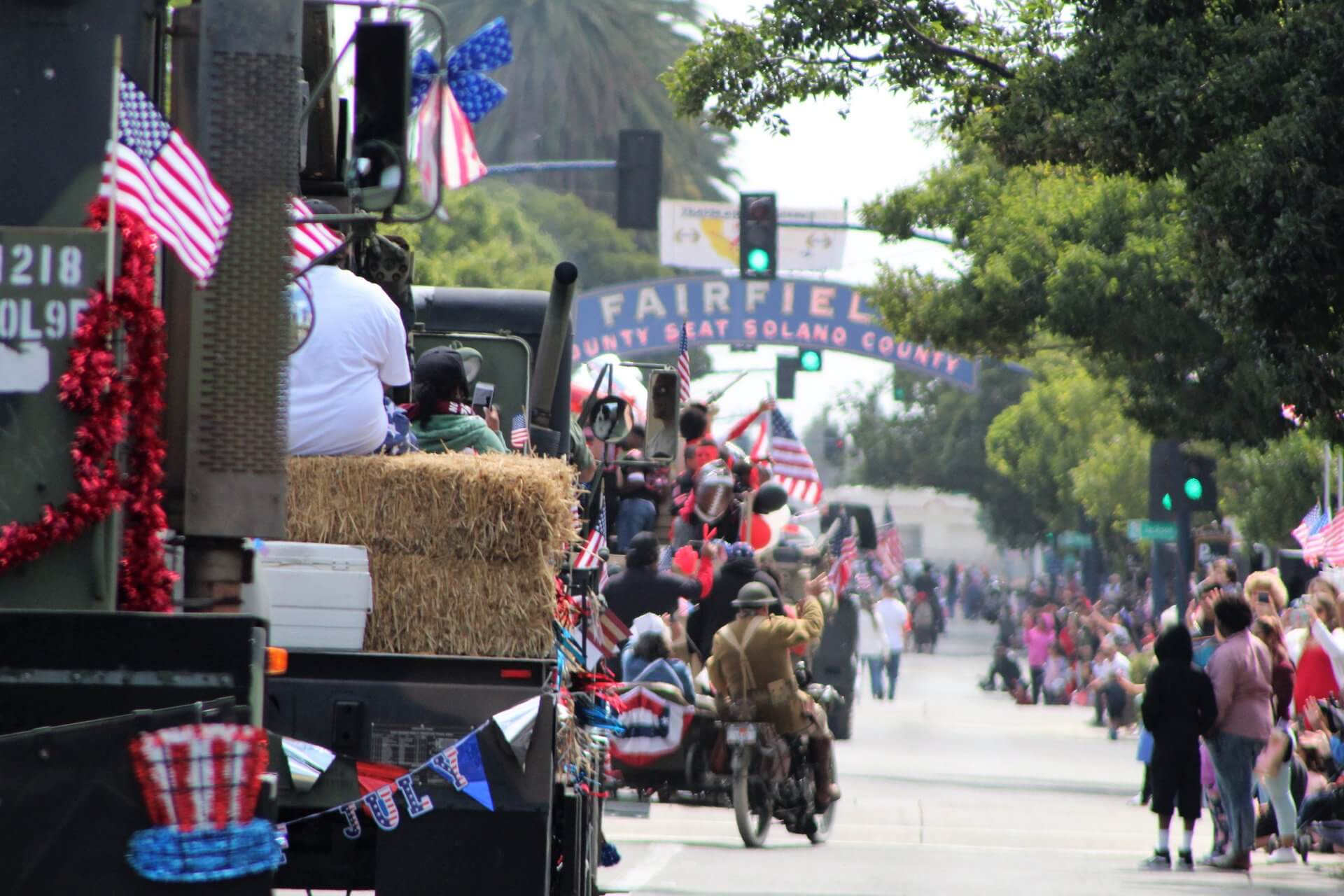 “Rick is a hero in Suisun Valley because he was the genius behind the water agreement that made the Valley the prosperous viticultural area that it is today,” Carlson said.

Carlson continued his praise of Wood’s community service by sharing details of his downtown volunteer work.

“It all began in 1991 when Rick and some downtown friends proposed to then City Manager Charlie Long, that they would maintain trees if the City would provide trees. Both Charlie and Rick upheld their sides of the bargain. By the time Rick declared ‘Mission accomplished!’ last fall, he had planted 350 trees and had pruned hundreds more in the downtown area. He carried hundreds of buckets of water to thirsty trees and even paid high school kids to help him water the trees.”

Meanwhile, the Boy Scout Troop 482 Pancake Breakfast continues at the Fairfield Moose Lodge located at 623 Taylor Street from 8 am to 10:30 am. Breakfast is $8 per person and includes pancakes, eggs, sausage, juice, and coffee. Tickets may be purchased or donated to a First Responder at the door. You can also purchase tickets at www.troop482.net. This event is open to the public and to-go boxes will be available.

The parade route runs along Texas Street between Great Jones and Washington Streets. Fairfield’s Channel 26 will broadcast the parade for those who are unable to attend.  For more information, visit www.fairfieldmainstreet.com or call 707-422-0103.