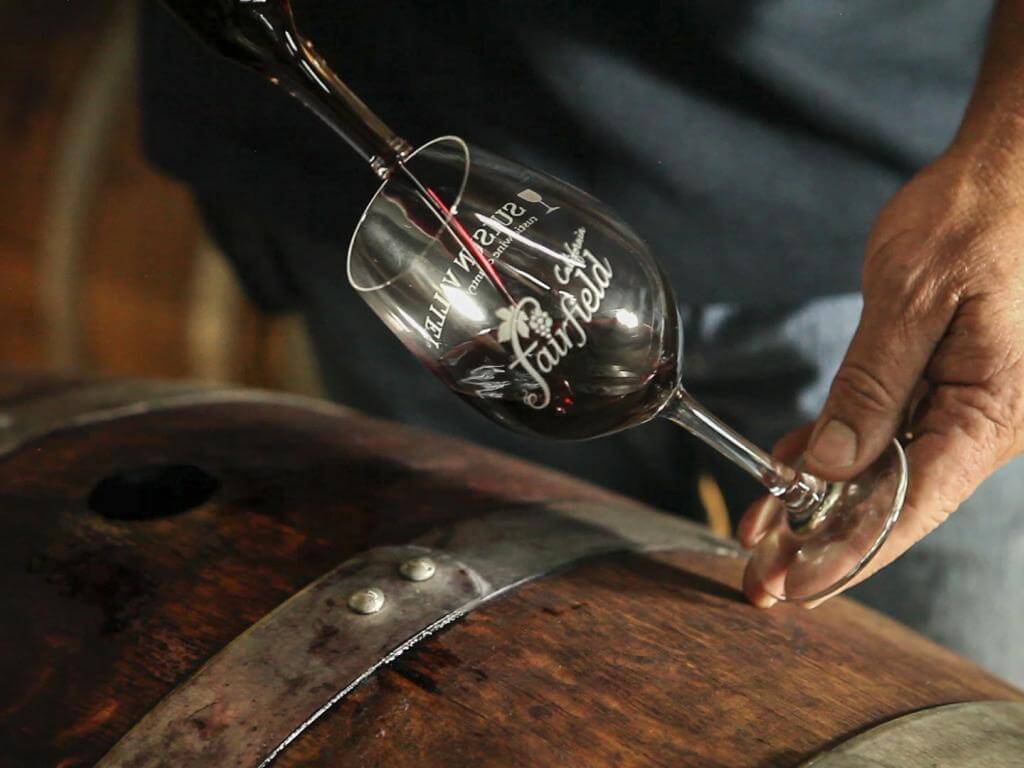 Taxes stressing you out? Have some Suisun Valley wine!

No one likes Tax Day, except for accountants and Uncle Sam.  And as we’re just days away from the Monday, April 15 tax deadline, many are discovering that the paperwork required and the amount they may owe is going to be hard to swallow. Thankfully, we have something here in Fairfield and Suisun Valley to help – wine. Lots and lots of wine.

Suisun Valley and nearby Green Valley are home to over a dozen tasting rooms. All are open on the weekends and this Sunday is the annual spring celebration, Passport Sunday. Over 1,000 people will be in the valley for the sold-out event. Looking for one open on Monday after you file your taxes? Cheers! We have seven! Wooden Valley Winery, G V Cellars, BackRoad Vines, Il Fiorello Olive Oil Company, Vezer Family Vineyard’s Mankas Gardens and Blue Victorian, and Sonoma Harvest Olive Oil & Winery are all open seven days a week. Also open daily is Jelly Belly’s Wine & Chocolate Experience, where you can pair your wine with delicious confections made in the Fairfield factory.

According to WalletHub, over 150 million individual tax returns are expected to be filed in the 2019 tax season.  Approximately 90% of those returns will be filed electronically. The estimated revenue from the 2019 tax season is $1.76 trillion (compared to $1.68 trillion in 2018)! To put that in perspective, 92% of all federal revenue is brought in by the IRS.  Of course, not everyone will owe this tax season.  While the average refund in 2019 is $2,957, it’s estimated that because of the new tax laws, 4.6 million fewer taxpayers will receive refunds this filing season.

Did we mention we have wine – AND beer?  Check out all of our tasting rooms here!