Fairfield is at the unique intersection of California’s storied wine country and the abundant agriculture of the Central Valley. Many travel here for the world-famous Jelly Belly Candy Company. But, even if you were to sample every single jelly bean, there’d still be more to taste in Fairfield.

Fresh from the farm

From the bountiful fields of picturesque Suisun Valley come the beloved tradition of farm stands. Fairfield’s farmers markets are famous for their produce, and you’re bound to discover exciting new delicacies while you fill your basket.

In the heart of the valley, Cal Yee Farms specializes in turning fruits, vegetables, grains and nuts into dried snacks. Sustainable and healthy, their wide variety of dried fruit and vegetable chips make a great snack, and your sweet tooth will be satisfied with dried fruits and candies.

The mecca of farm stands in Fairfield is Larry’s Produce, where families from all around the Bay Area shop for fresh produce. Open early summer through late fall, Larry’s allows visitors to pick their own produce in the nearby fields or choose from the ripe options harvested by the staff.

As you travel across the valley, keep an eye out for Erickson Ranch Jams, sold at many boutique stores in Fairfield and Suisun Valley. For almost 100 years, the families of Erickson Ranch have honed the art of jam and jelly making. Try their dependable classics such as cherry and Bartlett pear, or opt for something more unexpected like their Blenheim apricot and peach habanero spreads. 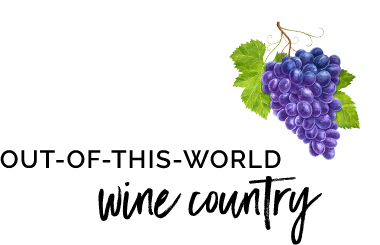 Suisun Valley wineries are geographically close to Napa Valley but will make you feel like you are a world away. UC Davis recognizes Fairfield as the Petite Sirah Capital of the World, thanks to the area’s exceptionally ideal growing environment. Most Fairfield wineries remain family-owned and locally dedicated while producing remarkably affordable premium wines.

Start your tour with Wooden Valley Winery, where three generations of winemakers specialize in Italian wine and have won awards competing in the same class as Napa and Sonoma County heavyweights. Their increasing notoriety hasn’t changed their rustic style and approachable selection. Sip your way through their history as you try their bold Petite Sirah and Italian varietals.

Down the road and in the thriving Mankas Corner, Vezér Family Vineyard’s tasting room, Mankas Gardens, is reminiscent of an old country store. Their staff generously pours samples of their Petite Sirah and Zinfandel, but be sure to venture beyond these classics. Vezér prides themselves on innovative blends and rare varietals that you won’t likely see outside of wine country. 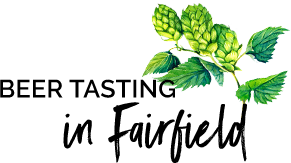 Craft breweries in Fairfield prove beer is the other bottled poetry.

With an increasingly national footprint, Heretic Brewing Company remains a dedicated local standby among Fairfield breweries. Boasting a full kitchen and dozens of brews on tap, you’re sure to find something to match your palate. Beer aficionados rate their Evil Twin Red Ale and several porters worth traveling for.

New to the scene, but already making a splash in the microbrewery world, is DNA Brewing. Their strong red ale, Naut Red, put them on the map of West Coast-style brews, but they pour a broad range of beers to keep visitors intrigued.

In nearby Suisun City, True Symmetry Brewing is a story of a homebrewer who turned a hobby into a microbrewery. Their beers run the gamut from bold, ultra-hoppy IPAs to English, German and Belgian styles. Grab a flight with some friends, and then enjoy some screen-free time playing classic board games or trivia.

Right Eye Brewing of Suisun City is a smaller-scale brewery with a range of experimental beers on tap, such as the sour Sassy Ginger. If your refrigerator is typically full of IPAs, try something new and exciting from Right Eye. 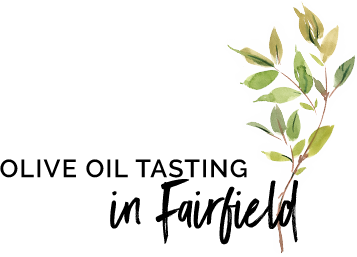 So, you’ve tried all the wine and beer flights, but are you ready to taste something different? Il Fiorello Olive Oil Company invites you to experience olive oil tastings, farm tours and cooking classes. Savor their internationally acclaimed olive oils alongside local wines and charcuterie.

Everyone who visits Fairfield should go on a classic tour of the Jelly Belly Candy Company for a real-life Charlie and the Chocolate Factory experience. Take your kids, or your kid-sized imagination, on one of their famous tours, and learn about the incredibly detailed art of creating all those flavors. From their 50 classics to the unexpected tastes of Harry Potter Bertie Bott’s Every Flavour Beans and BeanBoozled Jelly Beans, no flavor is out of reach.

Come to Fairfield for the iconic Jelly Belly tour experience, but allow for plenty of time to dive deeper into the flavors handcrafted in this agricultural destination.